Embarking on a brave new role

I AM not very good at goodbyes. I prefer to slip away quietly. I find it’s the best way (especially when evading bitter girlfriends and debtors!).
I wasn’t planning to say goodbye here either as farewell pieces seem awfully vain, but it was pointed out to me that not doing so would be ungracious. So, I will take this opportunity to express my gratitude.
After over a decade of writing Brave New World, the time has come for me to stop. I have a new job, you see, and one of the terms of employment is that I can’t make money from anyone else. In other words, monogamous employment to a jealous employer is now my lot.
I admit it’s a sacrifice in a way, but it’s also one worth making as finally the opportunity has come for me to do instead of just say. If I fail miserably (very possible), at least I’ll still be able to say I tried, even as I hang my head in shame while tar and feathers are poured over me.
Only the most arrogant prat will say he or she is where they are solely through their own efforts. I am arrogant. And I am a prat. But I’m not the most arrogant prat.
Wherever I am today (the good stuff, not the bad, like needing polyps removed from my nose) is the result of a long list of people and experiences – family and friends, but also teachers, schools, universities, and even employers (including those who don’t want to be associated with me. It’s okay, Universiti Malaya, I still love you).
It would be false modesty to not acknowledge that over the years, I’ve acquired a certain degree of mild notoriety through this column. I’m very proud of my modesty but I refuse to bow to falsehood, so ... I’ll admit to it. This notoriety has been a gift as it’s given me the opportunity to express myself on many different platforms.
The right to speak is, to me, one of the most precious human rights and I’ve been blessed with many opportunities to do so.
And while I’ve been exercising this right (and borne the consequences of doing so), I’ve received much support and outpourings of vitriol from those who’ve read my work or listened to my speeches.
For all this, I am thankful – to the widespread support, which gave me the strength to go on, and to the vitriol for giving me pause for thought and reflection.
So, to The Star and my long-suffering editors, cheers for the opportunity. And to my readers, thank you very much from the bottom of my heart.
The battle for democracy and human rights in Malaysia continues. We all have a responsibility to try our best. In the age of social media and the rubbish it spews, old-school mainstream media like this paper has a huge role to play as the purveyor of truth and not propaganda or agenda-driven misinformation.
And it is we, the ordinary people, who must always keep an eye on the powerful. A beady, untiring, and critical eye. My time for doing this has gone, at least publicly. In fact, I should have beady eyes on me from now on! But this is the way it should be.
For this moment, I just want to say I will miss writing, but I’ve many wonderful memories as a result of doing so, and a lot of those are due to you.
Terima kasih and goodbye.
Posted by Elanor's Assistant at 18:55 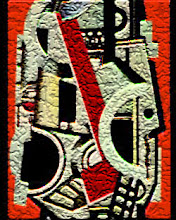